The international press freedom group Reporters Without Borders detailed an "unprecedented" level of violence and hostility toward journalists around the world in 2018, with the number of reporters killed and detained while working—or in retaliation for their work—shooting up from the previous year.

Ironically, people dedicated to trying to tell us what is really happening in the world
live under threat, but our corrupt politicians continue on and on without consequence.

This is a very important topic – because the world’s people need to learn the truth about what is going on daily (and over the years) – especially by corrupt people in power and by violent fringe groups.

It’s also a very important topic because truth-tellers should not be killed, injured, imprisoned, or harassed!

I hope this violence stops soon and goes to zero deaths, injuries, imprisonments, and harassments!

I also hope we the people get frequent update news about this terrible phenomenon.

Lastly, I hope we get deeper, more complete analyses of what factors are causing this rising trend worldwide – and what are the effective ways to reduce and end the occurrences of harming journalists and other truth-tellers.

George Orwell predicted this with great precision but it comes with a twist. It’s now corporate, oligarchic, mob rule–rule by the spirit of mammon.The experiment with liberal, democratic political systems and freedom of speech is over.

HI Save Democracy_Save Life: I think it’s happening because the economy is so bad and so many people are suffering without health care, and housing and food. It’s easier then to be angry at another race or accent, or background----- BECAUSE people were told to go to college and they would have better life, but that’s not true anymore and people don’t seem to be trained for jobs that will continue on into the future----- or they grew u hearing that America is great and so what’s wrong with them?
Then too, people like Amazon don’t seem to be able to realize that if people don’t have a livable wage and a place to live-----they won’t be able to buy anything. And worst of all, companies invest by buying back their own stock, AS IF their company is doing well–but Film Flam can’t last forever, and people are figuring that out. This is the sad truth of America, and all those who did what they were told to do to be successful feel cheated—and so sometimes the easiest people to attack , are not the politicians-----but the people that bring the news—who have names and be located faster than a CEO that is screwing over his employees.

But sometimes, as in 1789, things are so awful that people are willing to die trying to fix it—I think we’re getting to that point----so cops and journalists------- and then the rich are the easiest to reach-----and after them---------who knows. That’s why listening is always better than yelling.

Authoritarianism and good journalism do not mix. Fascism does not accept an objective truth but creates an fictional political world and historical past. Trump has tried to muffle journalists as he tries to implement fascism in the US.

Just to make myself sicker than usual I’m reading

It is happening and has been for decades. But not enough people in this country are starving yet for all out revolution even if it does feel like it is brewing somewhere.

How true and how despicable. 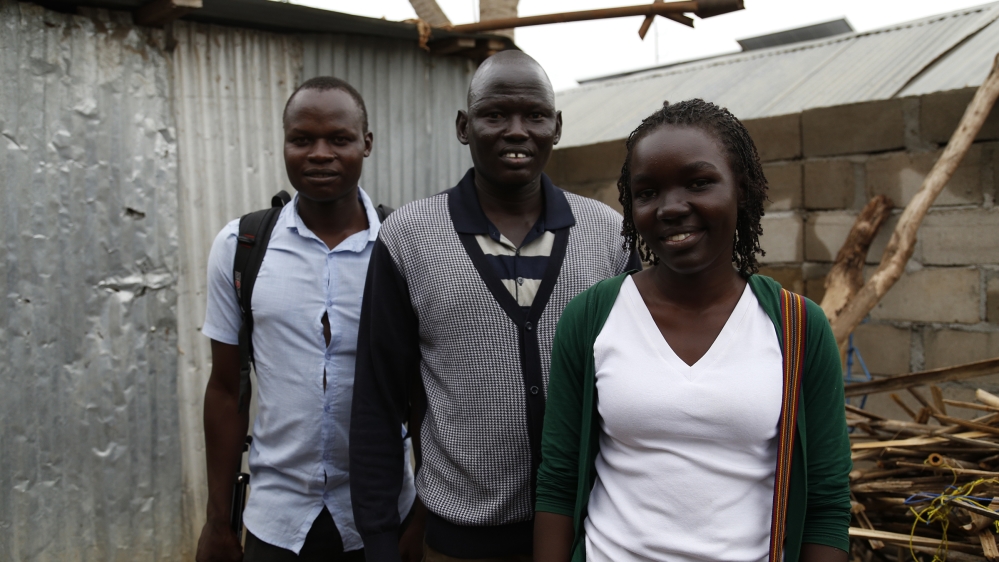 Being a journalist in South Sudan 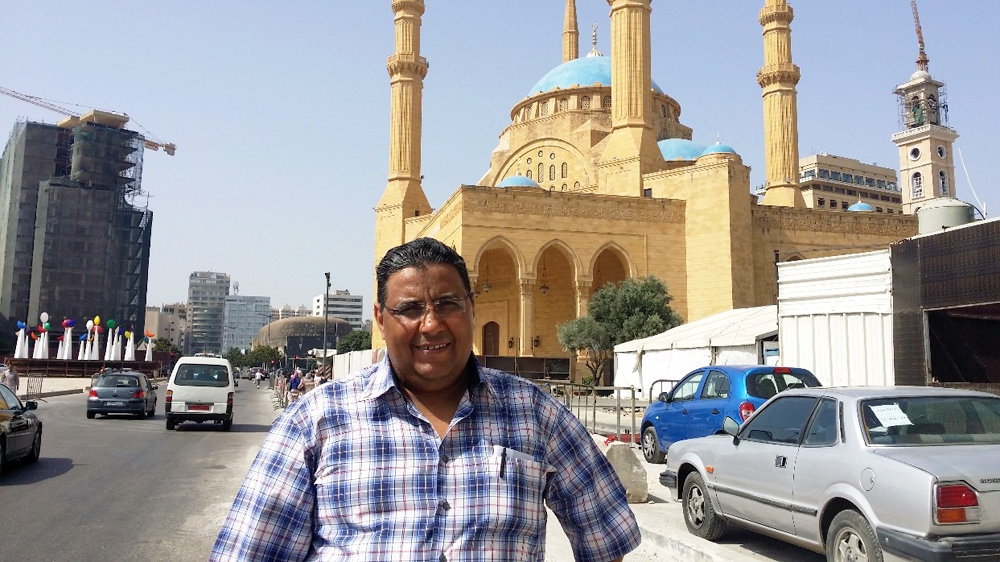 The decision came after his hearing on November 19, but his lawyer was only made aware of it on Sunday.

One might expect that a Progressive news cite like Common Dreams would
include Julian Assange and WikiLeaks in the list of journalists suffering
from abusive treatment–his for many years. Why the silence?

What we are perceiving is just the tip of the iceberg. The new deal that Amazon is making with the Deep State, when it is fully implemented, will enslave everybody. These things are always portrayed as “It’s only to get the bad guys.” What they don’t tell us is who the “bad guys” are going to be. Anyone who defies the oligarchy, including journalists reporting the truth, are potential “bad guys.” With government AI, it’s getting serious.

Trump blames the glass and thorns he walks on for his bruised and bloodied feet, not himself for his choice of where to walk. The glass and thorns being his vision of the press as it tries to convey truth to the public at large. There aren’t very many scapegoats you can use to cover deceitful behavior, for Trump the press is an easy target to express his outrage at being held to account. Heil to the POS.

Dunning Kruger must have a deep seat in the ‘reporter’ community. It’s been 17yrs, and arts degree holders still won’t open the blind eye to see the objective reality that science brings to the table via observation. Even teenagers 150yrs ago, knew cannonballs bounce off ironclad ships, they didn’t have to serve in the pacific to see zeros bounce off the side of steel ships.
“Our” main stream media (MSM) is generated north of the Mason Dixon line, and they have managed to brainwash the general public into believing things that only happen in cartoons. Many people resist through cognitive dissonance, not even realizing the truth is more than they are willing to grasp. It comes down to this basic statement:

There are two ways to be fooled. One is to believe what isn’t true. The other is to refuse to accept what is true.~ Soren Kierkegaard

The highest form of ignorance is when you reject something you don’t know anything about.~ W. Dyer

Prof can be seen in history, as a B-25 Mitchell struck the Empire State building July 28th, 1945. The facade of the ESB is granite, and masonry has negligible tensile strength(<1Ksi). Tensile strength is what keeps a material from being pulled apart (penetrated, such as Kevlar vest) and structural building steel will withstand over 88Ksi (THE strongest tensile strength building material used in quantity, even today). The aircraft punched a 18ft x 20ft hole in the facade, yet the wing span is over 67 feet. Many publications try to avoid discussing the air frame, as it fell to a lower roof terrace and the street level. Victims inside stated “The building swung like a pendulum for thirty seconds… we had trouble keeping our feet under us, as we ran for cover.”

The crisis of today is the joke of tomorrow.~ H. G. Wells

Having shot a steel car rim with a handgun (44mag), this is a clear example of how penetration is not possible. The bullet is 10x the density of water and travels well above the speed of sound (about 1600ft/sec). But we are expected to believe an aluminum projectile that floats on water (Sully’s airliner in the Hudson river, indicating .2 mass density compared to water) and can only travel about 500ft/sec, is able to perpetuate over 126 feet through steel without stopping. This is absurd, as it would only takes a constant force of 50G to stop any projectile moving 500ft/sec, in 63 feet. Formula 1 cars have recorded survived impacts from 85-140+G, crumpling the car body less than 2ft, in 200mph crashes.

As the kinematic equation shows, 1/2 Mass(Velocity squared), the velocity is exponential compared to mass, a linear function. From the standpoint of metallurgy, the shear modulus of aluminum is 25 Gpa, where as basic steel is 70 Gpa. Even the construction technique of using sheet metal to fabricate planes, lends itself to the dissipation of energy through crumpling. Examples can be seen in uni-body construction of cars to meet impact safety requirements, a practice started before 1980.

In conclusion, the carppetbagger’s hoax that commercial airliners hit the WTC, can easily be disproved by observation of physics and metallurgy. Even basic math shows the energy needed would be one thousand times greater than a commercial airliner could generate, that’s three orders of magnitude. NOT PHYSICALLY POSSIBLE!
Journalist did it to themselves. By not calling out the publishers they work for, they are perceived as weak by targets, and incredulous by the public.

I’d add the killings at Charlie Hebdo, and related riots over cartoons, even though some years ago, still contribute to an atmosphere of intimidation.
On top of all this, the business model to support journalism is eroding, leaving fewer resources for finding out and telling what goes on. That’s fine for the ruling classes, but also owners of the media giants like the Wall St Journal, Al-Jezeera, Fox, that can more easily dominate the news cycle