"Would the American Public Tolerate US Soldiers Defending Trump Hotels?"

It doesn’t matter what “the public tolerates”. What matters is the GOP controlled Senate, with help from some blue dog Democrats, continuing to enable Trump’s serial criminal activity.

So does this article actually support escalation? I thought it was a good thing Trump didn’t escalate after the cruise missile attack.

The author now says “Trump blinked” and quotes some prof Ibrahim Al-Marashi who seems to be unhappy about the US not doing anything “The bottom line, says Ibrahim Al-Marashi, an associate professor of history at California State University San Marcos, is that Iran was able to strike U.S. military facilities without consequences.” 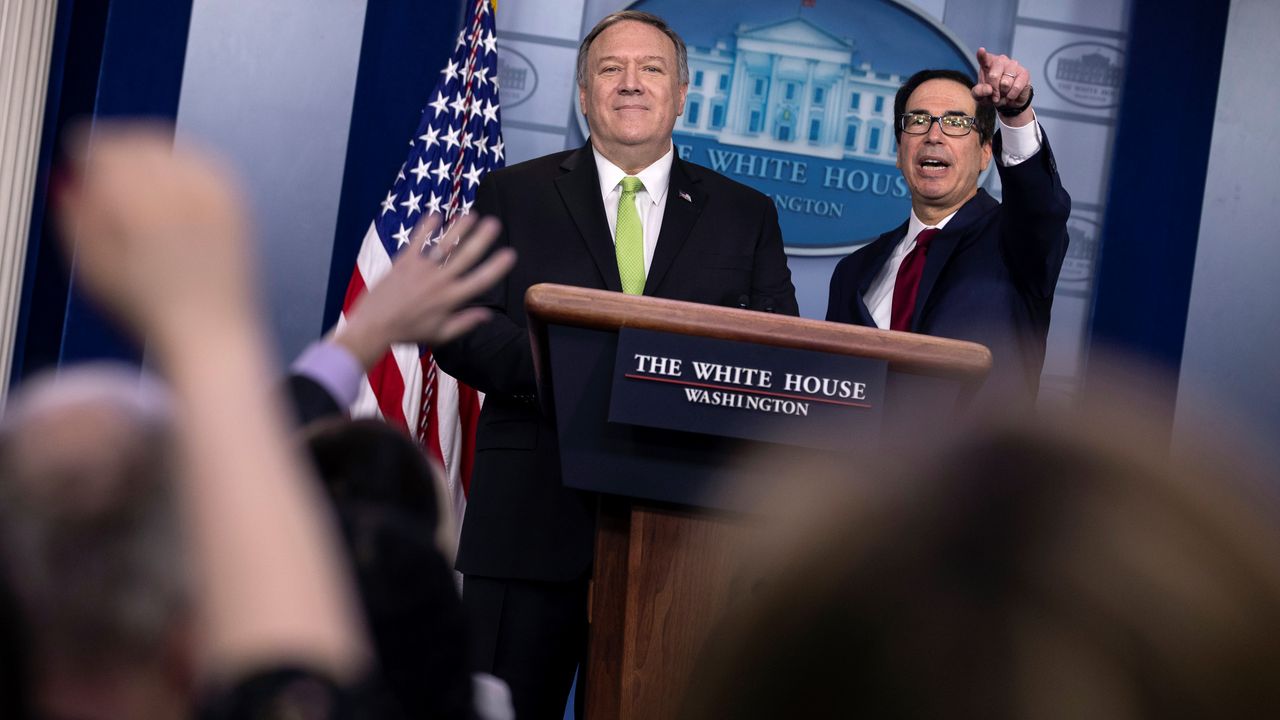 A report that Washington attempted to assassinate a second Iranian official in Yemen has given the lie to the claim that Suleimani was killed to prevent an “imminent” attack. 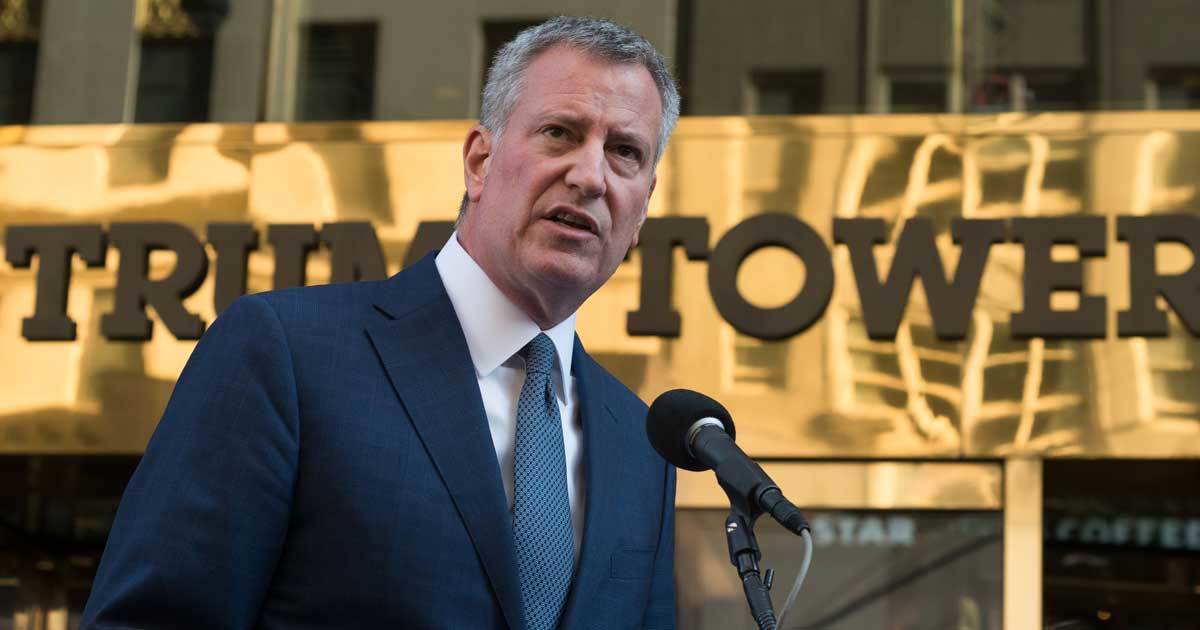 Asked about ProPublica’s findings that the president’s company made itself appear more profitable to lenders and less to tax officials, Bill de Blasio said the city had examined the matter and sent its findings to the Manhattan district attorney.

Why do you think there’s never enough money for infrastructure and social programs?

Because thieves run our government.

As far as what this article asks, if U.S. troops are used to benefit one man, it’s time to start cleaning your guns. We’ve lost our country and need to fight to get it back.

The US military has been protecting the holdings of capitalists and promoting capitalism since the Revolution. Protecting Trumps holdings? Just par for the course.
Any soldier serving in the Middle East at this moment either knows they are simply mercenaries for Exxon and Saudi Aramco, or they are just fucking idiots. Either way, the same job is getting done.

I recommend that soldiers take over all Trump properties on behalf of all the people Grifter Fuhrer has ripped off and otherwise wronged, liquidate the assets, leave the Fuhrer penniless.
Or perhaps a better strategy would be to gather the Royal Grifter Family for a “portrait,” as the Romanovs were gathered.

Despite the widespread knowledge of what he wrote, General Butler observations that the US military is used for the defence of private corporate interests always seem to be forgotten, even though nothing changed. War was always a racket and always will be a racket.

In Syria today, US troops are defending oil companies when once they protected the plantations of United Fruits in Central America.

The syrian oil had been sold by ISIS and transported out thru Turkey. This is how Baghdad sunni ISIS financed their caliphate and paid soldiers. It took Obama administration 18 months to figure out how to cut off ISIS income.

WE sent soldiers back west into Syria to keep others out of the area for financial reasons, not that we care about the oil itself. Further west of the oil are 11,000 ISIS POW’s being held by the Kurds for us. 9,000 long to go back to Europe and enjoy welfare. 2,000 need education. Their families are also in that area as refugees.

We can make them an offer they cannot refuse, if you like.
Come on in to San Antonio as immigrants !!

Heck, we have serbian war criminals living two towns west of Chicago. ISIS soldiers cannot be much worse than these murdering scoundels.

Yup, at one time when the Caliphate existed, Syrian oil was being transported through Turkey by tanker, facilitated by Turkey.

However, the Caliphate is no more and this present occupation by the US is to ensure that the Assad regime is not given access to it. As you say, it is to stop others from taking advantage of the oil and deprive Assad of its revenue.

The problem of ISIS POWs and families is a problem, much less for the US but more so for European and North African nations. Many Europeans are not keen to take back even the innocent children much less their nationals who joined ISIS.

International trials is one option to consider, separating the chaff from the wheat, so to speak but de-radicalisation is not guaranteed even if imprisoned. We can’t have any more Guantanamo Bays.

As you say, it is to stop others from taking advantage of the oil and deprive Assad of its revenue.

To add to that, US/CA oil and gas are expensive to produce. At the current prices of oil, it was a money loser. Decrease supply from the rest of the world and prices go up and profits begin. It is already happening. Since the many tentacles of our government need to placate the lobbyists, pacify the zealots, and inflame the masses to accept eternal war…

Great way to shut down the protests over Native American rights, state parks, clean water, clean air… It will become “national security issue” and any protest will be met with guns and violence.

And to anyone that thinks the military/police would not do it, remember Kent State. Just one example. And it wasn’t even a declared national security issue.

I don’t think this is a lot of separate issues with separate solutions. It is one issue with many faces, and none can be defeated if we don’t see them as a whole. It predates Trump. So forget starting there. In fact, placing blame is useless. We need to take full account of where we stand now and what effects what.

It is like trying to remove a tree. It will always come back until you identify the root, and dispose of it. Deciding who planted and nurtured it is not the point.

And rubber plantations in Vietnam. Mining ore in Afghanistan, and the poppies of course.

Watching “The day the earth stood still,” newer version.
Man isn’t willing to save himself or the planet unless at the precipice of destruction and has to change to survive.
Perhaps we will have to run out of oil for that to happen with energy production.

Our national policy had been to use theirs and save ours for the future. But, we gave away manufacturing and we still need export sales to feed our peoples. Refined products are doing it. Natural gas, compressed to liquid and transported by ocean ships would have really profitable - but China cancelled our contract with them. They are buying from russia and will take delivery by pipeline. Russia also has europe as customer for natural gas for heating homes there.

end game is probably a war.
later?
sooner?
Japan is sourced from Alaska. We bring in their allottment from the middle east. This saves days at sea for tankers. India and China likely would have to ration gasoline and diesel.

Our sealift tests failed last summer and again mid December. Merchant marine needs available engineers for steam power and the rest of the crew. Sign that we are thinking ahead a bit.

That’s all nice to know, but the climate crisis will bury us before we use up all of the gas and oil.

It is a crisis.
And very few are willing to give up their 4 door pick up truck. Rationing gasoline and diesel are immediate fix. Even though mileage (efficiency) has improved, the millions of more cars in USA, China and now India are the core problem.

Second, get the plastics particles out of the oceans and Lake Erie.

I notice that acres of trees are dying the past two years around here. Polluted water? I do not know yet. Not just a few old ones, but all of them of different species.

I like that – put them all together and expedite their entry into gawd’s heaven, and then house all those poor immigrants that our presidunce has treated so criminally in all of his properties for free!

General Butler observations that the US military is used for the defence of private corporate interests always seem to be forgotten,

Anytime you hear from the US Government, the term " National Security" one can be sure that has nothing to do with OUR SECURITY AND EVERYTHING TO DO WITH THEIR SECURITY.