Once again showing complete disdain for the democratic process as Florida, Arizona, and Georgia continue to tally votes from last week's midterm elections, President Donald Trump fired off a conspiracy-filled and fact-free tweet on Monday claiming without evidence that Florida ballots have been "massively infected" by fraud and demanding an end to the state's legally required recounts.

Yes, by all means, count every vote. If every vote had been counted in 2000, Bush the Cowboy from Kennebunkport would have gone back to clearing brush in Crawford TX, and Ralph Nader’s name wouldn’t be forever—if groundlessly—synonymous with “spoiler.”

Not to mention the murder of a million Iraqis.

The racially charged voter fraud thing again. The gullible right will believe it. One goal of fascists like Trump is to undermine people’s confidence in the electoral system. If the system is rigged then democracy means nothing and the fascists win. It is key to maintain trust in the electoral system. The is no evidence that massive voter fraud is a problem in the US but the right wing extremists will continue to say it is.

There no faith from the electorate in the system and the nature of the system ensures that both sides so firmly partisan it will always be “They cheat and we do not”.

To restore faith electoral reform is need in a massive way.

I remain skeptical that war against Iraq wasn’t inevitable regardless of who was POTUS #43.

The ugly way this so called president twists words causes my blood pressure to rise. You can count on anything he says being a projection, distortion, or outright lie.

I agree with you Lrx. Undermining the electoral system as well as trust in the media, is something the right-wing fascists have been doing for a few decades now.

There is NO voter fraud. What there is, is voter suppression. 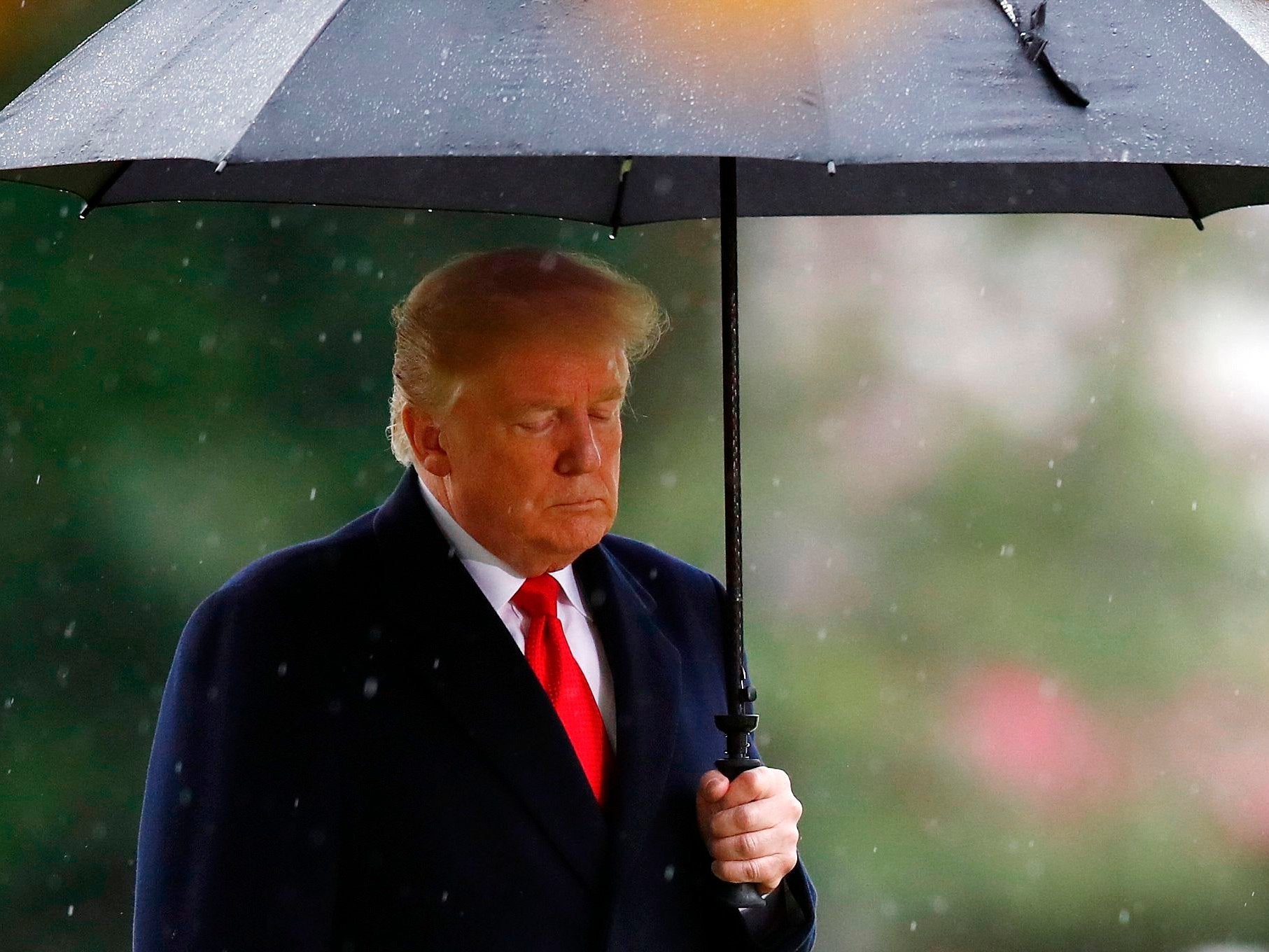 ‘There’s rain but it’s not serious,’ army tweets alongside photo of soldier crawling on ground

The French are mocking him too.

There is certainly evidence of massive fraud in our electoral system, but it is entirely perpetrated by the republican party and courts that allow voter suppression despite zero evidence of voter fraud. Voting in this country is NOT a fundamental right. So far, the courts have allowed republicans to disenfranchise millions with extreme vote-diluting gerrymandering and voting requirements that place the entire burden on voters instead of where that burden should be placed – on state officials who would deny people their right to vote. If the courts would protect voting as a fundamental right, state officials would have to prove that there is a compelling state interest in preventing voter fraud along with evidence that such fraud exists. If they can overcome that hurdle, the state officials must implement their plan in the least restrictive means possible, which would mean that the burden would fall on the state to insure that every eligible voter has the proper identification and that all irregularities are investigated by the state before disenfranchising anyone. Instead, we have courts that allow the state to disenfranchise millions without evidence of fraud, and with the burden entirely on the voter to obtain the proper identification and to insure that his/her status is active. And, of course, we have a supreme court that invalidated the section of the voting rights act forcing certain states to put their voting schemes under the scrutiny of a federal court. The system IS rigged, which I believe is part of the purpose of the republican party to lead people to believe that government is incapable of serving their needs and that voting is a waste of time. In my view, the republican party is a domestic terrorist organization hell-bent on destroying democracy from within.

Off topic, but I just gotta say, I love the handle “kakistocrat” and the perfect accompanying photo. Well done!

The time to start ignoring Trump’s ranting was long ago. Since then, he’s ranted his way to the presidency.

Voting in this country is NOT a fundamental right.

True. When you read US history you become aware that in the Southern States it was seen as a privilege not a right which they used to keep emancipated blacks from exercising their rights under the 14th Amendment. These types have continued to find all sorts of ways not only to keep people of color from voting and acquiring civic, political and economic freedom but have, in great measure, succeeded in re-enslaving them by passing bogus laws that target people of color that enables them to incarcerate them and thus provide free labor to the planter, racist, elitist class.

We certainly are an exceptional country in many racist ways.

* Not available in all states

I always recoil at the “partisan” qualifier, because that is one word that has been used (not that you are doing this) as a tool of propaganda by the duopoly for years now.

There is nothing wrong about people being partisan about such things as election fraud, and the absence of voter fraud when that partisanship is for the truth of the situation.

Although there is no doubt, that election fraud can occur at the hands of the Democratic flavor of the duopoly, the evidence over the years according to good investigative journalism, is that most incidents of election fraud (voter suppression on election day through various tactics, voter machine hacks that flip votes, etc) in the last few decades have favored Republicans. As for voter fraud, it is in fact almost non-existent.

Ralph Nader is an american hero who has saved exponentially more American lives than anyone alive today.

It is key to maintain trust in the electoral system.

My trust in the electoral system would be much higher if we would eliminate the Electoral College.

I suggest you peruse some of the Right Wing websites. You will see story after story of voter fraud committed by the Democrats. It does not matter whether these articles truthful. What matters is that due to partisanship the peoples reading them believe it and will insist it rampant on the behalf of the Democrats.

Again this suggests there little faith in the system as it structured. Now part of the problem is that the United Sates of America does not have a national standard for elections. In at least half the states the Party in power will oversee the vote count and the electoral process. Given most of the Governments at the State level are Republican , it only follows that the majority of States will have their Governments working to ensure their side wins.

What I do NOT believe is that the Democrats somehow more “honest” then the Republicans.

All of that said , I really think that Federal elections in the USA should not be overseen by the party in power in that state. What is needed is a neutral body that sets the same standards for elections across the entire country. It simply unacceptable that poor black people have to wait in line in their districts for 8 hours to vote , while in a richer county in the same state the longest wait is 10 minutes.

Back to partisanship. What I am speaking of is the desire to see your side win no matter what and ignoring all evidence that “your side” cheated. In the Canadian system they try and address this in the way votes are counted. As example there a member of each political party at each polling station acting as observers. All ballots are on paper and all ballots are counted with a member of each Political party present to do the count. Any ballots in dispute are put on a pile and they go over these a second or third time in concert. Any that can not be agreed on are set aside in case a judicial recount required. I too think most of the fraud in the US system is due to a combination of voter supression, and by the ways votes counted. Fraud is invited when it machines that count the votes and when the software doing the tallies deemed “proprietary”.

Count them all—and don’t wait for God to sort them out!